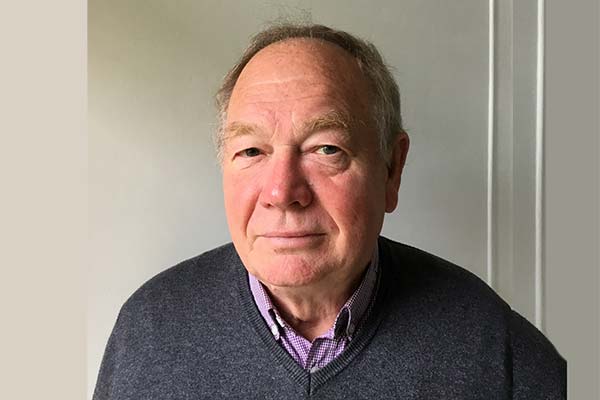 Mark gained a Post Graduate Certificate in Management (PGCM) in Business Administration and Management from the University of Central Lancashire, Advanced Certificate in Youth and Community Studies from St. Martin’s College, University of Lancaster and a Master of Arts (M.A. Areas Studies) from the School of Oriental and African Studies, University of London with a focus on Modern Politics, Religion and History of East Africa.  Mark also graduated from St. Mary’s University, Strawberry Hill, England, with B.Ed. in Movement Studies and History. Mark has special interests in Africa as he spent many years there.

Caritas Salford was the first organisation to resettle a refugee family through community sponsorship the UK outside London.

Mark says, “Community Sponsorship can transform the lives of a refugee family and the lives of the community that welcomes them. It can even change our view of the world and give expression to our passion for a kinder and more just world.” 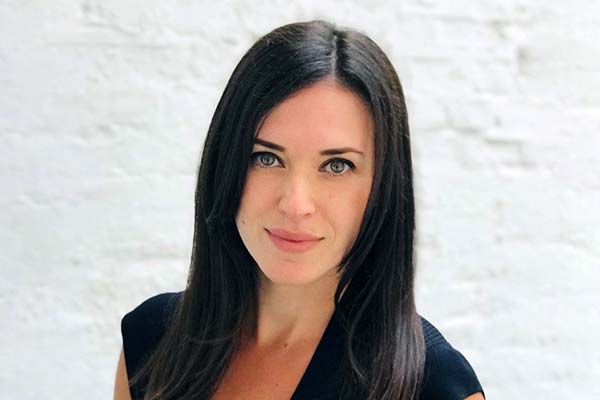 Nour is a Pro Bono lawyer for an international Human Rights organisation and a former trustee of Refugees Welcome Milton Keynes where more than 50 children and their families resettled. She was also a very active campaigner of the Extend the Welcome Campaign along with leaders at Citizens UK. She co-chaired the summit in June 2018 which called for the extension of resettlement in the United Kingdom. She has provided refugee support at the British Red Cross since 2015 and legal research for Human Rights watch. Nour is a member of the Westend Welcomes Refugees Group where she is actively supporting the family that arrived through Community Sponsorship in January 2020.

Nour has a master’s degree in International Human Rights and Social Justice and a Bachelor of Law (LLB) in Criminal Law. She has a wealth of experience in commercial law and sustainable energy. 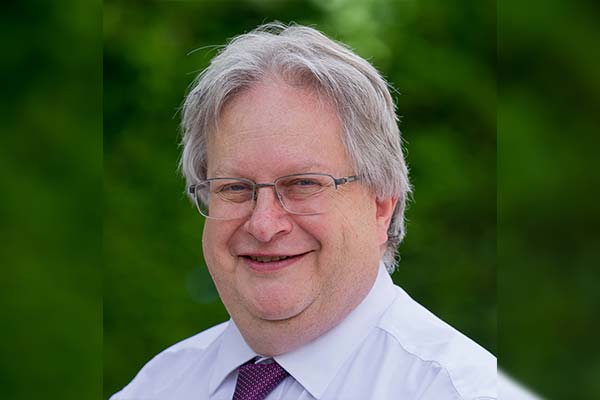 Rabbi Danny Rich was the Senior Rabbi & Chief Executive of Liberal Judaism from 2005 to 2020. Prior to this, he was Rabbi to Kingston Liberal Synagogue for nearly two decades. Rabbi Danny Rich is a Justice of the Peace, and a hospital and prison chaplain. He is a President of the Council of Christians & Jews and a member of the Council of Imams and Rabbis. He was the first joint chair of the National Refugee Welcome Board which pioneered the idea of community sponsorship of refugees in 2015. He was also the first chair of the Sponsor Refugees Foundation. 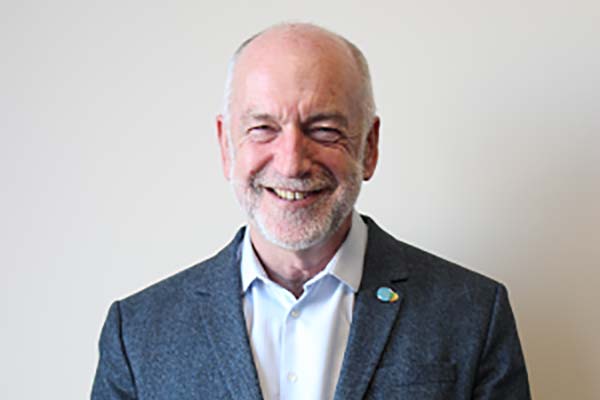 Neil was founder and Executive Director of Citizens UK from 1988 to 2018 and was responsible for driving the UK’s largest and most diverse Community Organising body and establishing broad-based Citizens Alliances in most large cities in England and Wales. Neil is first and foremost a Community Organiser – seeking out talented civic leaders and young organisers with the courage and commitment to organise with others democratically to strengthen civil society and pursue the common good. In 2018 he was awarded the Albert Medal for outstanding service to civil society by Royal Society of Arts. Neil has been at the heart of the Community Sponsorship movement in the UK and globally since it started in the UK in 2016. He recognises that Community Sponsorship requires organised teams of diverse civil society groups and businesses and that, done well, it is a very positive experience and benefit for both the Sponsor and the Sponsored. His experience suggests as Sponsorship grows and diversifies across the UK, this movement has the chance of challenging any negative narratives about refugees and will help strangers to become friends in this global world. With generous funding and commitment from the Volant Trust, and the support of Trustees, Neil founded Citizen UK’s ‘Sponsor Refugees Foundation’ in 2017 and was Executive Chair of the Advisory Board until March 2020.

Neil is an active member of two Community Sponsorship groups in London together with his wife, Jean: West End Welcomes Refugees and Whitechapel Welcomes Refugees. The Westend Welcome Group is an exciting partnership of three Christian congregations and welcomed its family in January 2020.

Neil says “Community Sponsorship has changed my life personally and publicly. Personally, my wife, family and friends are actively involved in two Sponsor Groups. My Quaker Meeting is formally Sponsoring the West End Group and has 15 members of the Meeting as excellent active volunteers. Every new registered Sponsor Group will help make sure that Britain remains a Welcoming country. I also welcome the healthy growth of more diverse Lead Sponsor Groups. This exciting development will give more and more citizens and their communities the privilege and mutual benefit of welcoming refugee families who are fleeing war, poverty and the climate crises a settled and welcoming home and future” 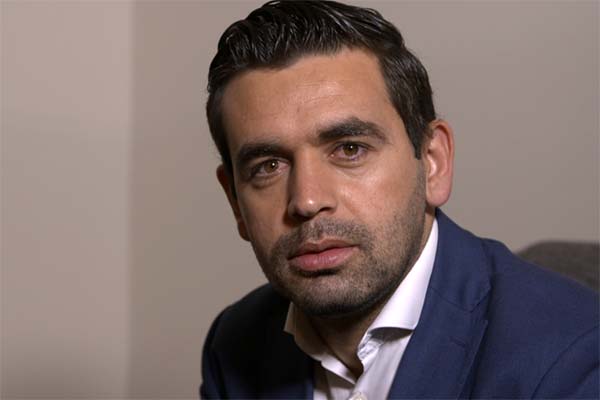 Ahmad is originally from Syria and now is based in the UK. He specialises in Cultural Orientation, Integration, Community Cohesion and Community Engagement.

Ahmad graduated with Master of Science (MSc) with concentration on Violence, Conflict and Development from SOAS, University of London. He also collected his Bachelor’s Degree in Literature English from Aleppo University, Syria, where he originally comes from.  Ahmad had also lived in Iraq where he worked as a volunteer teaching English in the Syrian refugee camps and later on joined the United Nations International Children’s Emergency Fund (UNICEF) as a senior Communication for Development (C4D) Facilitator.  His work gave him the opportunity to be in direct contact with Syrian refugees and Iraqi displaced people who have survived horrendous circumstances resulting from both conflicts in Iraq and Syria. In early 2015, Ahmad was forced to flee Iraq due to the deterioration of the security situation and moved to the UK in mid-2015. The journey took 55 days and was partly documented in the BBC documentary Exodus: Our Journey. 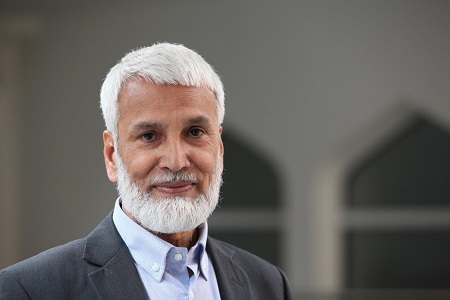 Dr Bari is an educationalist, author and parenting consultant. After completing his PhD in Physics from King’s College London in 1986, he worked as Physics researcher, Secondary Science teacher and Specialist teacher in Behaviour Support before he took an early retirement in 2011. Since then, he has focused on writing, volunteering with some civil society bodies and charities, facilitating his own parenting course and mentoring young people. Dr Abdul Bari has had a long involvement with several large voluntary organisations including the East London Mosque, Muslim Council of Britain, Citizens UK and Muslim Aid. He also served as a board member of the London Organising Committee of the Olympic and Paralympic Games (London 2012). He is an Honorary Fellow of Queen Mary University of London and holds an Honorary Doctorate of Education from the University of East London. His latest books are A Long Jihad: My Quest for the Middle Way (his memoirs) and The Rohingya Crisis: A People Facing Extinction. 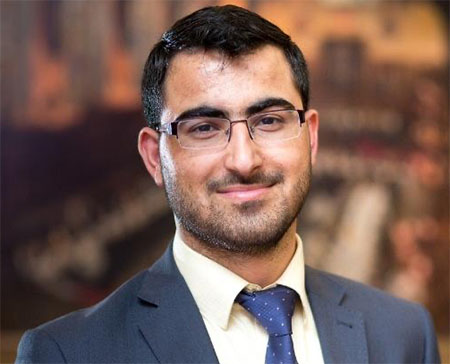 Gulwali Passarlay is an Afghan political refugee currently residing in the UK. He left Afghanistan in 2006 and graduated with a degree in Politics from the University of Manchester. Have recently finished his masters of MPA at Coventry University, CTPSR in Global Diversity Governance. In 2018 he has co-founded ‘My Bright Kite’ CIC to empower refugee youth and create awareness about the challenges asylum seekers and refugees face in their host society.

A Global Youth Ambassador for global children’s charity Theirworld, Gulwali has taken a long history of campaigning and leadership roles, including being the President of the United Afghan Peace Movement, Chairperson of the Afghan Youth Movement, Patron of the Separated Child Foundation, Commissioner of The Children’s Society, and Ambassador of various organisations, including being the Olympics Torch-bearer, and NHS Youth Forum. An award-winning activist, Gulwali has garnered the Distinguished Achievement Award (Student of the Year), Collaborative Leadership Award, and among others, the Manchester Leadership Gold Award, in recognition of his leadership and positive contribution.

He has told his story of life as a refugee in his autobiography: “The Lightless Sky: A Twelve-Year-Old Refugee’s Harrowing Escape from Afghanistan and His Extraordinary Journey Across Half The World”, on TV channels such as BBC, Al Jazeera, CNN, Channel 4 News, ITV, Russia Today, in print media such as The Guardian, Time Magazine, The Independent, The Scotsman, and at events such as TEDx.

Gulwali continues to campaign and advocate for Refugees awareness and empowerment.

As a fervent advocate for many social justice issues and causes, Gulwali was nominated for the 2016 Nansen Refugee Award by the UNHCR. Today, he continues advocate for education, refugees rights, social justice, and to make a positive impact in the community, locally and abroad.

Secretary of State @pritipatel if your serious about ending the tragedies in the channel than provide humanitarian visas, safe passage &regular routes to asylum & protection in the U.K. otherwise it’s on YOU if we see more people been killed because of your hostile,cruel policies https://twitter.com/pritipatel/status/1464890047883317251

I will be holding urgent talks with my European counterparts this week to prevent further tragedies in the Channel.

More international cooperation and passing our Borders Bill quickly into law will stop the people smugglers and save lives.

What child ‘migrants’ look like. First one made the journey on his own at 15 yrs. Other two with mum & sister. Luckily no lorry or dingy ~30 years ago. First one is a Consultant & other 2 are GPs in #NHS taking 🇬🇧 jobs, seeing 🇬🇧 patients. Who are we? My cousin, me, my brother.

A thoughtful if harrowing statement from our friends at Calais Action Note the last photograph for the reality of the Calais situation. ...
View on Facebook
· Share