Let Us Dream: The Path to a Better Future, 8th February 2021 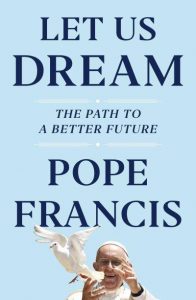 On Monday 8th February, UK Welcomes Refugees held an online panel discussion reflecting on Austen Ivereigh’s work with Pope Francis in their new book Let Us Dream: The Path to a Better Future. Austen discussed his experiences working with Pope Francis on the book, and the panel of interfaith and civil leaders, chaired by Sarah Teather of the Jesuit Refugee Service, discussed how a shift towards community-minded values could transform the world, especially for refugees.

The panel was made up of the following speakers:

Austen Ivereigh – journalist, author, commentator, and Pope Francis’ biographer. Austen collaborated with Pope Francis during the covid-19 lockdown to write the book “Let Us Dream: The Path to a Better Future”. Austen will be speaking about working with the Pope on the book and what we can learn from his teachings.

Sarah Teather (Chair) – Director of the Jesuit Refugee Service. Sarah served as MP for Brent East and Brent Central between 2003 and 2015. She also served as Minister of State for Children and Families between 2010 and 2012. She was also chairman of the All Party Parliamentary Group on Refugees.

Bishop Paul McAleenan – Auxiliary Bishop for the Roman Catholic Diocese of Westminster in England. Bishop McAleenan is Chairman of the Advisory Committee for the work of Caritas in the diocese and has oversight of all matters concerning Ethnic Chaplaincies and the work of the Permanent Diaconate.

Rabbi Danny Rich – former Senior Rabbi and Chief Executive of Liberal Judaism, he is a board member at UK Welcomes Refugees. He was the first joint chair of the National Refugee Welcome Board which pioneered the idea of community sponsorship of refugees in 2015. He helped to bring together two Jewish denominations, Liberal Judaism and Reform Judaism, which with the Hyderi Islamic Centre, founded the Abraham’s Tent Community Sponsorship group in South London. The group welcomed a family in 2019. 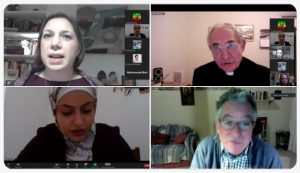 Click here to view the recording of this event.

Join in the debate on refugee resettlement Live now!

Today @LiverpoolHopeUK the @LivDiocese Bishop Designate @JPerumbalath Chair of @CTBI Refugee Network launches Life Beyond Borders by pointing out that borders can be wonderful places of encounter as well as barriers.

There has been a problem with your Instagram Feed.